A gala match: ELA all stars against FC 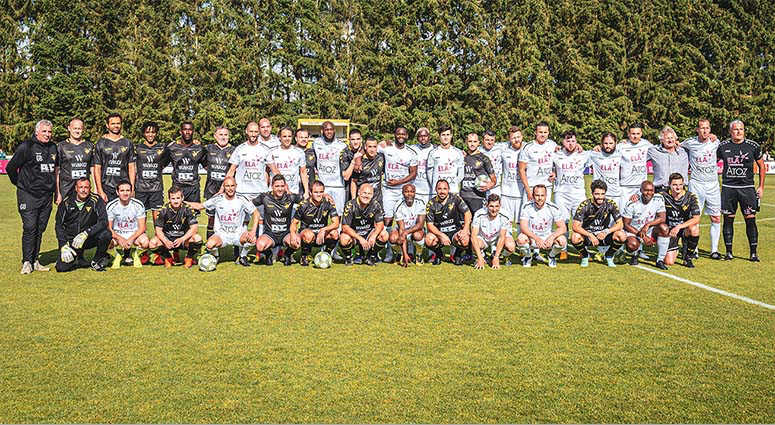 On Saturday 8 June, on the occasion of its centenary celebrations, FC Progrès Niederkor organised a gala match at the Jos Haupert stadium in Niederkorn in support of ELA Luxembourg. It was a day of solidarity with a number of activities and events and brought together both young and oldand athletes and spectators to kick off the match between the ELA All Stars team and the Luxembourg club FC Progrès Niederkorn legends.

This is not the first time that a football match has been played in the colours of ELA in Luxembourg. In 2010, ELA Luxembourg organised a special football match for sick children. Zinédine Zidane was present alongside Jeff Strasser, ambassador of the cause since the beginning of the creation of ELA Luxembourg. On that day, the match pitted an ELA team against former international players from Luxembourg.
On 8 June, a new match brought together big names in football such as Jeff Strasser, Louis Saha, Nuno Gomes, William Gallas, Michaël Ciani, Philipp Degen, David Degen, Mbo Mpenza, Benjamin Nivet, Gregory Proment, Laurent Agouazi, Sébastien Renouard, Julien Quercia. Kim Kirchen (Cycling), Gilles Muller (Tennis) sponsors of ELA Luxembourg honoured us with the honour of completing the team, which also had the support of two MTB ambassadors at the school (Maxime Gaiccio and Joris Toril) as well as the 2 winners of the Teqball tournament.
The meeting between the ELA “All Stars” team and FC Progrès Niederkorn Legends took place at 6pm to great applause. The kick-off was given by Max. The festivities began with a Corporate Teqball tournament for companies, clubs, associations and schools. All came to wear the colours of the ELA association.
Throughout the day, activities were organised at the end of the afternoon and the two winners of the corporate tournament had the chance to join the ELA team for the big gala match and play alongside the stars. A highlight of the press conference was when Guy Alba, President of ELA International, and Jean Paul Friedrich, President of ELA Luxembourg, reminded the players of the importance of their mobilisation to spread the word about ELA’s fight.
All the ticket sales and profits of the day were donated to the ELA Luxembourg association.