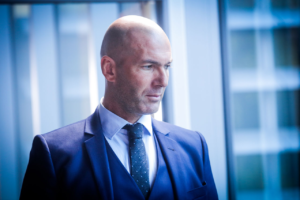 For 20 years Zinédine Zidane has been loyal to the most beautiful team in the world: the one that fights to win against the disease.
Today, he is back in the ELA dressing room as coach to launch a new campaign.

ELA is back on television, to motivate and encourage donors with a prestigious coach: Zinédine Zidane.
Every week in Europe, between 20 and 40 children (3 to 6 in France) are born with leukodystrophy.
These are genetic diseases that attack the nervous system and progressively alter all vital functions. For 26 years, ELA (European Leukodystrophy Association) has been helping French and international research laboratories to better understand its mechanisms. 511 research programmes have thus been financed, and the results obtained now make it possible to test new treatments that offer hope. But the battle is not yet won. And we must continue to help families who face heavy expenses (chairs, household equipment, etc.). This is why ELA is back on television to seek , in partnership withour sponsor Zinédine Zidane, the generosity of donors.
For this new campaign, he is cast as not a player, but for the first time as a coach to an incredible team! But guess what? It’s not a football team, but a group of ELA researchers. In fact, the actors in the film are all real researchers.
As ELA is now present in several European countries, the film will also be shown in Spain, Belgium, Italy, Germany and Luxembourg.
See the clip: