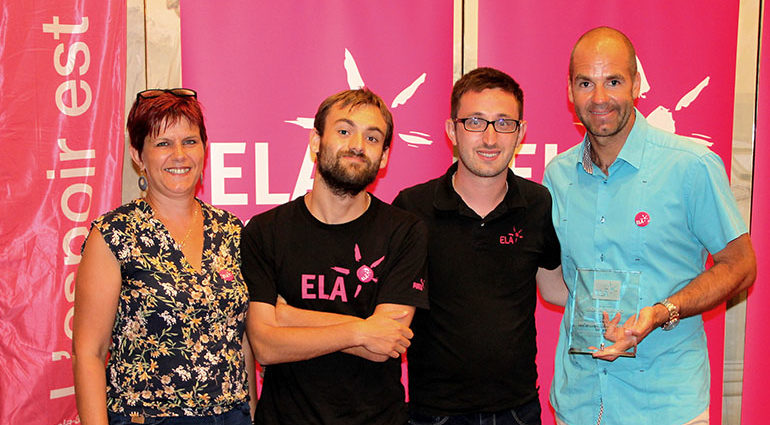 It was on the occasion of the 2020 Family Weekend that Myriam Lienhard (President of ELA Switzerland) presented Didier Défago (patron of ELA) with the title of Honorary Member of ELA Switzerland. From the moment he met Yan and Arnaud at the first Family Weekend in 2001, Didier has been working alongside the association, and has never ceased to be committed to supporting children suffering from leukodystrophy.
Despite his packed schedule, he has always found the time to participate in numerous solidarity actions. In 2016, 2017 and 2018, he initiated and organised the charity event “Tout Schuss pour ELA” in his ski resort of Morgins (canton of Valais). ELA Switzerland warmly thanks Didier Défago for his incredible dedication, his magnificent qualities and his friendship.